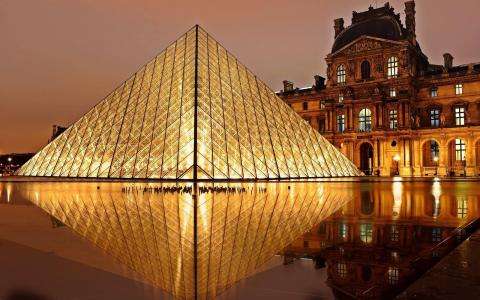 A Virtual Tour at the Louvre Paris : Here's what it looks like

Being the world's largest museum and housing some of the most impressive art collections, the Louvre is without a doubt one of the museums that everyone should visit at least once in their lifetime. Sadly, like all the other French museums, the Louvre is closed because of the Coronavirus pandemic right now. The good news is that thanks to digitalization, art lovers and fans of the Louvre have the chance now to visit the museum virtually and discover some of its greatest collections, its exhibition rooms, galleries, and much more. In this article we have picked for you the most interesting virtual tours that you will certainly love taking on the museum’s website :

“The Advent of the Artist” exhibition :

“The Advent of the Artist” looks at the work of some of the leading figures of the Renaissance era including Delacroix, Rembrandt and Tintoretto. It opened on September 25th, 2019, for the 5th season of the Louvre’s Petite Galerie, and was supposed to run until June 29th, 2020. Whether you have already visited the exhibition at the Louvre or not, you can now visit it virtually and enjoy exploring the many artworks collected for this occasion.

Being home to a significant number of artifacts from the Nile civilizations, dating from 4,000 BC to the 4th century, the Department of Egyptian Antiquities is one of the most fascinating departments in the Louvre that you really should take a look at. The virtual tour will make you discover many artifacts from the Pharaonic period, exhibited on the east side of the Sully wing.

Remains of the Medieval Louvre :

Long before it became a museum, the Louvre was a fortress built between 1190 and 1202 by King Philip II of France. It was intended to strengthen the walls he had built around Paris to protect the city against invasions. The castle had been progressively demolished between 1528–1630, however in the 19th century, thanks to archaeological excavations, ruins of the castle were found. The dungeon, as well as two of the four walls of the Medieval Louvre, were not completely demolished.

Here is a link to the Louvre’s virtual tour on its official website louvre.fr/en/visites-en-ligne and another to the Louvre’s Petite Galerie petitegalerie.louvre.fr/visite-virtuelle so you can discover the museum.