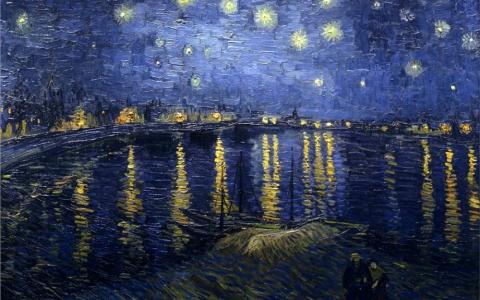 Beyond Stars. The Mystical Landscape from Monet to Kandinsky

In partnership with the Art Gallery of Ontario, Toronto, until June 25th, 2017, the Musée d’Orsay will be presenting a special and interesting exhibition that focuses primarily on the aspect of mysticism is some of the most renowned Symbolist paintings which date back to the late 19th century and the beginning of the 20th century.

Entitled “Beyond Stars. The Mystical Landscape from Monet to Kandinsky”, the exhibition, which showcases more than 100 landscape paintings, covers marvelous works painted by popular artists such as Vincent van Gogh, Paul Gaugin, Claude Monet and Georgia O’Keeffe, in addition to others who belongs to the Canadian school such as Lawren Harris, Tom Thomson, and Emily Carr.

Staying at the Hotel de la Motte Picquet and interested in attending this fascinating exhibition? Don’t think twice! This is your chance to see Monet’s Water Lilies (1907), Gauguin’s Christ in the Garden of Olives (1889), and Van Gogh’s The Starry Night over the Rhone (1888) along with many other magnificent Symbolist landscape paintings.

Guy Cogeval, director of the Musée d'Orsay and the Musée de l'Orangerie,

Katharine Lochnan, Senior Curator and The R. Fraser Elliott Curator of Prints and Drawings at the Art Gallery of Ontario,

Have a nice stay!