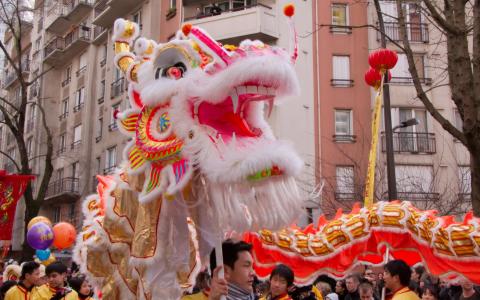 China at the door ! On the 10th of February 2013, the Chinese community of Paris celebrates the New Year under the sign of the snake.

On this occasion, Paris is adorned with silks, red and dazzling lights of flares! Parisians and travelers in transit, do not miss those days of celebration!