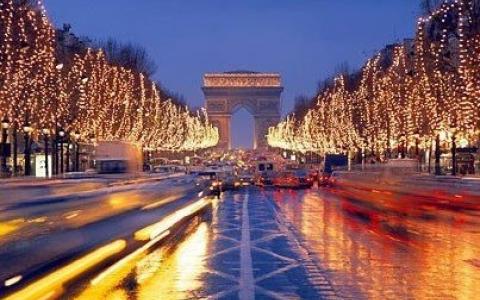 For stunning year-end holidays! The cold is back in the capital and gloves are welcome. The days are getting shorter and the night begins each day a little earlier. This finding could depress us without the excitement of Christmas and New Year approaching ! As every year, our eyes are about to be dazzled by the amazing illuminations of Paris.

Illuminations Wednesday, November 21 at 6pm, the Franco-German actress Diane Kruger will open the lights, in the presence of the Mayor of Paris, Bertrand Delanoë. It will take place precisely, at number 115 on the Champs Elysées. Once again, be prepared to be surprised by the originality of the creation in Paris! Huge circles of colored light seem suspended in the night in the capital. Champs Elysées, M ° Champs Elysées-Clemenceau Around the Hotel de la Motte-Picquet, the streets discover their most beautiful lights also: Avenue de la Motte-Picquet of course, but also the rue Cler and rue Saint Dominique will be illuminated from this date and until early January 2013. Windows of the Grand Magasins Traditionally, the windows of the famous department stores will delight young and older. In the Galeries Lafayette, six  amazing windows designed by Louis Vuitton will present "The Ball of the Century", a beautiful string of bears, dolls, pandas and flamingos! Cinderella welcomes you for a photo souvenir and let’s admire a magical tree decorated by Swarowski as valuable as monumental!  In the Printemps Haussmann, the show will be provided by 74 dolls and balloons!