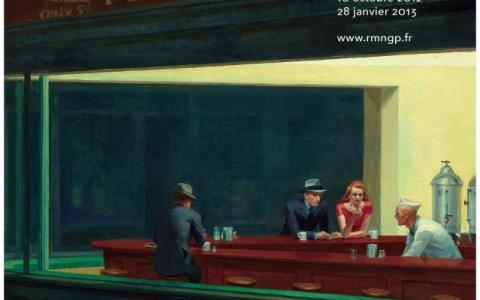 A major retrospective of the work of Edward Hopper is in this very moment at the Grand Palais. American painter born in 1822 and died in 1967, he represents in his naturalistic paintings, the beauty and melancholy of the American society after the war.

The first part of the exhibition presents a panorama of artists who have inspired Hopper including his scenes of Paris, the city of his formative years.

His mature works expressed in different media-watercolor, oil painting, etching- the loneliness inherent in a society that has lost its innocence.

They illustrate the conflict between an idealized past and a colder modernity.

Particularly strong, his paintings are stretched to many mirrors the contradictions of our own society.

From 10am to 8pm every other day, 10pm on Wednesday and Saturday