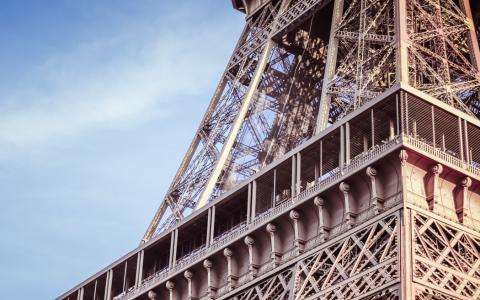 Eiffel Tower; everything you may not know

An emblematic Parisian monument, the Eiffel Tower stands a proud 324 metres high against the city’s skyline. As much a symbol as a landmark, it’s the most visited paid monument in the world. Unique and beautiful as she is, it’s amazing to think that the ‘Iron Lady’ was not expected to be permanent.

For the 1889 Exposition Universelle (World’s Fair), France wished to mark the centenary of the Revolution with a definitive statement of national spirit and unity.

Accordingly, two years prior to the event, the Republic announced a major competition via the government gazette, the Journal Officiel. The nation’s most talented engineers were challenged to submit designs for a temporary iron construction 300 metres high by 125 metres each side, to be erected on the Champ de Mars.

Gustave Eiffel’s design was selected, despite the protests of those who considered this iron monument a threat to the aesthetics of the capital.

After two years of construction, over 5,300 drawings, the involvement of 50 engineers and designers and over a hundred workers to manufacture the more than 18,000 pieces needed for assembly, the tower finally reached into the Parisian sky. The first floor was finished on April 1st, 1888, followed by the second in August of the same year and the complete monument on March 31st, 1889. Gustave Eiffel himself hung the French Tricolour after climbing the 1,710 steps leading to the summit of his masterpiece. The success of the tower at the Exposition Universelle was phenomenal; more than 2 million visitors made the ascent.

The rest we all know... This monument which was originally intended to stand for just 20 years is still with us. Today, the Eiffel Tower is one of the most visited monuments in the world, attracting more than 7 million visitors each year.