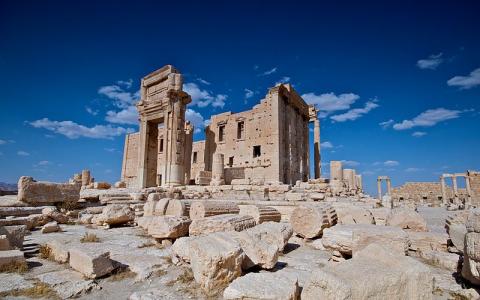 Eternal Sites at the Grand Palais

“Eternal Sites: From Bamiyan to Palmyra”, an exhibition that will be staged at the Grand Palais, until January 09, 2017. It was organized by the RMN – Grand Palais, in collaboration with the Musée du Louvre and Iconem, and highlights some of the most significant archaeological sites in Iraq, Afghanistan, and Syria, that are today ranked among the endangered UNESCO World Heritage Sites.

The exhibition sheds light on the ancient Assyrian capital of King Sargon II, in Iraq, which was irreparably damaged by ISIS; the Bamiyan site, in Afghanistan; the Umayyad Mosque, the Krak des Chevaliers, and the site of Palmyra, in Syria.

Thanks to 3D technologies, attendees are given the opportunity to explore these inaccessible sites at the Grand Palais, which is located at a very short walking distance from the Hotel de La Motte Picquet.

Marielle Pic, director of the Département des Antiquités Orientales of the Louvre Museum

Thomas Sagory, Head of Digital Development for the National Archaeological Museum – National domain of Saint-Germain-en-Laye, and in charge of the collection Grands sites archéologiques.