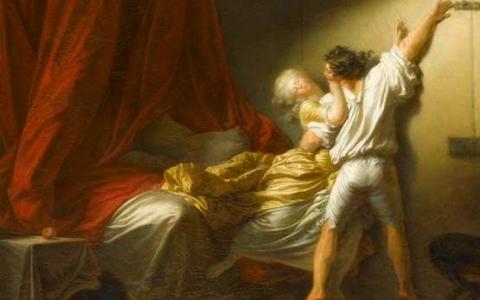 Fragonard Amoureux, the exhibition at the Musée Luxembourg in Paris

Highlighting for the first time the work of Fragonard through the love prism, The Musée Luxembourg (Luxembourg Museum) travels back in time to the middle age of the eighteenth century through the exhibition "Fragonard Amoureux", from September, 16, 205 to January, 24, 2016.

This exhibition comments on the work of Jean-Honoré Fragonard (1732-1806), a controversial artist of the eighteenth century. Fragonard was indeed famous for its "contoversial topics" frivolous works at the limit of eroticism, painted in a Rococo style, controlled by Marquis, barons and courtiers.

The 80 works on display reflect a loving Fragonard, gallant and somewhat libertine, which highlights the sensuality and the feeling of love in his paintings.

On the occasion of the exhibition, the Luxembourg Museum will bring together an outstanding selection of more than 80 famous or most confidential works of Fragonard, on loan from the most prestigious European and US collections.

Guests staying at Hotel La Motte Picquet will be within a 10 minute drive from the Luxembourg Museum, where the exhibition will be running until January, 24, 2016.