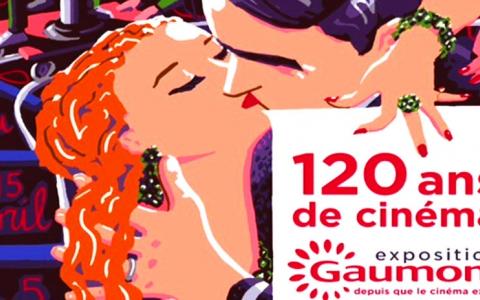 "Gaumont : depuis que le cinéma existe", a retrospective of the history of Cinema

"Gaumont,120 years of Cinema", a whole twelve decades since Léon Gaumont took the reins of Comptoir Général de la Photographie, believing in the future of Cinematographes and began production of fiction films. GAUMONT awakened vocations, braved perilous film sets, highlighted stars, clashed with box office and was critical to dream and entertain viewers of its cinemas. Thus, "Le 104" in Paris offers an exciting dive in the history of cinema with "The Gaumont exhibition: 120 years of cinema"

Through a fun and interactive scenography, exhibition show, perfect for all ages, presents excerpts ancient and modern films, posters, costumes, old appliances, rare items. A retrospective of restored heritage films and recent films is scheduled until August. Fun and original workshops to discover the origins, techniques and film businesses, are offered by reservation, the whole family from ... 4 years, and school groups.

This exhibition implemented by Dominique Paini offers the public a journey through the history of cinema through parts of Gaumont Museum, the Museum of Arts fairground, film clips, posters, costumes, old equipment and rare items ... Heritage Films restored and films Coming Soon will be presented in preview. And fun and original workshops will be offered for the whole family to discover the origins, techniques and film industry.

Guests staying at Hotel La Motte Picquet will be within 5 minute drive from the 104, save the date, the exhibition is held until August,5,2015.