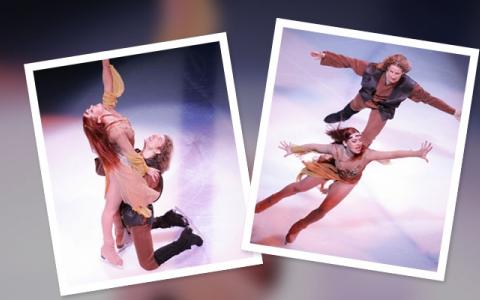 Holiday on Ice 2015 :Marina Anissina and Gwendal Peizerat on the zenith

Ice dancers since the age of 4, Marina Anissina and Gwendal Peizerat  have won many awards; six times French champions, Europe champions, World champions in 2000 and gold medalist in the olympics in 2002. This mythical couple will be integrating for the first time the most famous ice skating show, Holiday On Ice 2015. Before embarking on a major tour in France, they will be performing for the first time on stage Zenith from February 26 till March 8, 2015.

The secret behind the success and fame of Holiday on Ice is due to surrounding itself each year with the most famous skating stars worldwide. Each edition promises new sensations and new displays with moves such as cartwheels, somersaults, rolls and kicklines. The magic of the show includes as well bright costumes of ice kings and queens, salsa dancers, fairies, princesses and fictional heros.

For this new edition in 2015, the American director Bart Doefler sublimate the best choreography champions Marina Anissina and Gwendal Peizerat. Discover the secrets of the great shows and the creation of the most stunning figures.

Book your tickets online and add some pep to these cold Parisian days!

Here's a foretaste of the legendary couple nicknamed by their coach Muriel Boucher-Zazoui, as "Fire and Ice".

How to get there :Metro 5 Porte de Pantin