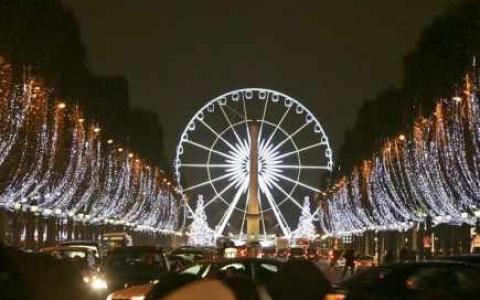 The christmas markets in the capital

Everything started in Germany or in the Alsace under the name “ Saint-Nikolas market”, where the first christmas markets took place in the XIV century. The first document that relates to a christmas market dates back to 1434 under the leadership of Friedrich II of Saxon. It makes mention of a “Striezelmarkt” that took place in Dresden. The name of that market comes from “Strüzel” or “Stroczel” which was the name of a cake with dried fruits that was sold on that market (nowadays called Stollen or Christstollen).

A little bit later, in the XVI century, the christmas markets where renamed “Christkindlmarkt” (market of the child Jesus) and dispersed in the eastern part of France, notably in Strasburg in 1570. Since twenty years, the Christmas markets spread out in whole Europe and today you can even find them in Japan or the United States.

On a christmas market you can discover a multitude of chalets and stands that offer regional and artisanal products, christmas decoration and, of course, hot wine, ginger bread, waffles, tartiflettes etc.

It is especially nice to go to those markets in the evening when it is already dark to admire the lights that illuminate the market and to feel the unique atmosphere.

There are a multitude of christmas markets in Paris, make your choice:

Christmas market at the tower of “Montparnasse” (square Raoul Dautry).