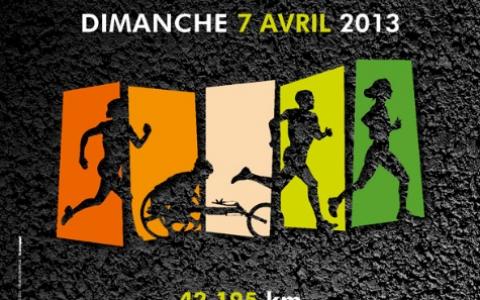 Enter the race! Athletes can smile, the mythical Marathon of Paris is approaching ... Departure Sunday, April 7, 2013 for 45,000 runners from around the world, as nearly half of the riders are not French! However they are all trained as it is almost impossible to browse the 42,195 km route without an extensive preparation.

For runners and spectators alike, it is also an opportunity to discover Paris without cars in the immediate proximity of the most beautiful places of the capital. If the final itinerary is still being developed at the time when the Hotel de la Motte-Picquet write these lines, it traditionally starts from the Champs Elysées avenue, then the race crosses Paris to the Bois de Vincennes and back along the Seine to the Bois de Boulogne to complete avenue Foch.

Inscriptions are now closed. The brave athletes redouble their efforts in preparatory training. The Hotel de la Motte-Picquet wishes good luck to all competitors and hopes that the weather will be beautiful to anjoy a great show.