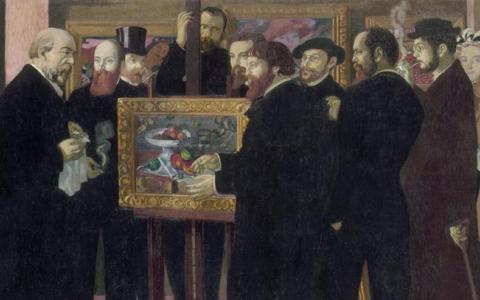 Maurice Denis and Eugène Delacroix – From Studio to Museum

The Musée National Eugène-Delacroix Paris is exhibiting “Maurice Denis and Eugène Delacroix – From Studio to Museum”, a major exhibition that highlights the devotion of some renowned painters such as Maurice Denis (1870 – 1943) to preserve the last home of the popular French artist Eugène-Delacroix (1798 – 1863) and transform it into a museum.

Running until August 28th, 2017, the exhibition brings together some magnificent and exceptional loans from French and international museums and important private collections. It offers visitors the chance to discover the extent to which Delacroix’s influence was strong on the artists of the next generation.

The Musée Delacroix is in the 6th arrondissement of the city at 6, rue de Furstenberg, Paris, which means not too far from our Hotel de La Motte Picquet. It is close to some of the most iconic landmarks of Paris like the Eglise Saint Germain des Près, Le Jardin du Luxembourg, and La Sainte Chapelle. So, don’t think twice!