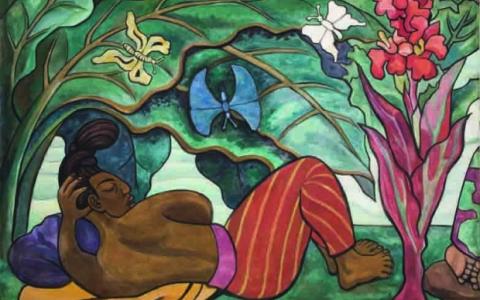 To celebrate Mexican art, until January 23, 2017, the Réunion des Musées Nationaux – Grand Palais will be home to some of the most fascinating Mexican artworks.

Under the exhibition MEXIQUE (1900–1950), the Grand Palais will be putting on display more than 200 works which were created by popular Mexican icons including the prominent figure of Surrealism and Feminism Frida Kahlo, her husband the famous Muralist painter Diego Rivera, and the great Modernist artist Rufino Tamayo.

Paintings, photographs, and also sculptures are on view, on this special occasion.

The exhibition MEXIQUE (1900–1950) is a joint effort of the highest French and Mexican authorities. It was organized in cooperation with the Musée National d’Art and the Instituto Nacional de Bellas Artes of Mexico.

Don’t hesitate to pass by the Galeries Nationales du Grand Palais if you’re staying at our Hotel de la Motte Picquet between now and January 23, 2017.