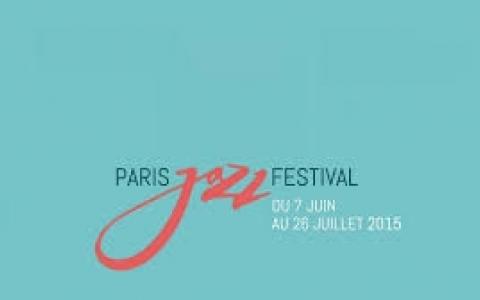 If jazz is American, France offered it its credentials. The bustling capital has hosted this hybrid music with open arms just after the war and added a bit of French elegance.

Travelling through music is possible through Paris Jazz Festival. Indeed, this year, the Paris event, which offered a new visual identity has chosen to honor the great cities that played a major role in the development of jazz. London, New York, Rome, Tokyo, Tel Aviv, without forgetting Paris: they will all be represented, with artists such as Enrico Pieranunzi, Huckleberry Besson, Avishai Cohen, Tokyo Drums or Habib Koité and Eric Bibb.

The Paris Jazz Festival welcomes you once again for its 22nd edition, from June 7 to July 26, 2015, with a new identity. To discover: go to the Parc Floral de Paris, with an edition which will this year under the sign of openness to the world!

The Paris Jazz Festival 2015 is interested in the major capitals that allowed the Afro-American musical art to be one of the first actors of globalization. On the program: the successive visit of London, Rome, New York or Bamako! So many artists from around the world, who engage one single goal: to amaze with their unique voices, their instruments and dream notes.

In the course of twenty years, the Paris Jazz Festival was able to grow up to find its audience, well beyond the usual boundaries of jazz: the height of its 120 000 entries in 2013, the event has become the first festival of its kind in France. This success is the loyalty of the public that the organizers must. It is to the latter that they have dedicated the 20th anniversary of the event!

Over 8 weekends, 15 days and 3 nights, 31 concerts are scheduled at the Parc Floral. But that's not all, because many events, workshops and musical initiation will be on the menu!

The Paris Jazz Festival enjoys as well an exceptional environment: the Parc Floral. Area 22 000 m2 in the heart of the Bois de Vincennes, this park is renowned worldwide for its floral collections, consisting of more than 3,000 plants alongside with sculptures, playgrounds and concerts.

Festival-goers are invited to relax in the Parc Floral in Paris while listening to some of the best live jazz around. Though the festival has already started in June, you still have the opportunity to attend concerts taking place during the month of July.

How Much? The concerts are free, only the entrance to the park is paid