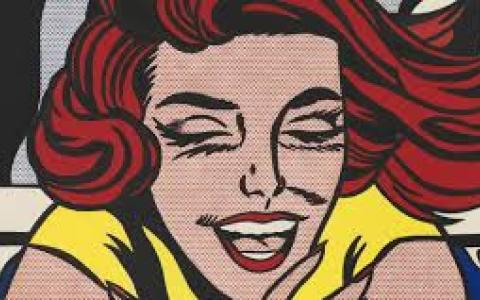 Pop Art is an art movement which started following WWII, in Britain, spreading later to the United States and other grand cities like Spain, Italy, and Japan.

Through the use of irony and parody and the emphasis on the banal and kitschy elements of popular mass culture, the movement presented a great challenge to traditions of conventional fine art and was so often considered similar to Dadaism, for both used found objects and images to create artworks.

Until January, 21st, 2018, the Musée Maillol Paris will be presenting an exhibition dedicated to the collection of the Whitney Museum of American Art, New York, a collection which was built up thanks to the American sculptor and art collector, Gertrude Vanderbilt Whitney (1875-1942) and that features works of Pop Art made by some of the most renowned artists like Andy Warhol, Robert Rauschenberg, Claes Oldenburg, Tom Wesselmann, Alex Katz, Jasper Johns, James Rosenquist, Jim Dine and Roy Lichtenstein.

Paintings, sculptures and prints, a diverse selection of works created by American Pop Art artists between the 1960s and the end of the 1970s, awaits you at the Musée Maillol. So, don’t miss this fascinating exhibition, if you’re staying at Hotel Motte Picquet http://www.hotelmottepicquetparis.com/en/ !