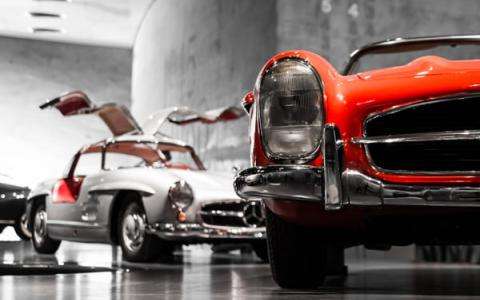 Paris plays host in the coming weeks to events that are eagerly awaited by car enthusiasts. Retromobile, Concept Cars and the E-Prix de Paris 2020... there’s going to be a vast collection of beautiful machines arriving in the capital!

Retromobile; immerse yourself in the world of the classic car

If you’re passionate about vintage and classic vehicles, you won’t want to miss this international exhibition. Come along and meet fellow enthusiasts, professionals, manufacturers, clubs, federations, mechanics, restorers, insurers, artists, and dealers in vintage vehicles, spare parts, scale models and automobilia. This year there’s a focus on the Mk1 Sunbeam Alpine and a 1966 6M Simca Rallye EmiSul that has never been exhibited in France.
(Porte de Versailles Exhibition Centre, February 5th to 9th, 2020).

An amazing selection of prototype cars produced by independent creators and major manufacturers around the world will be exhibited next to the Dôme des Invalides as part of the International Automobile Festival. These concept cars will give you a glimpse of tomorrow's trends in automotive design. This 35th edition of the show also offers an opportunity to understand the processes that lead to the creation of the car of the future.
(Invalides, January 29th to February 2nd, 2020).

More environmentally friendly than Formula 1, the ABB FIA Formula E championship is a single-seater motorsport race restricted to electrically powered racing cars. This international event, which puts automobile manufacturers specialising in electrical technologies in competition, takes place on April 18th. The race involves 14 circuits of a 1.93 km course that goes clockwise around the Hôtel des Invalides. Two dozen 100% electric single-seaters will be at the starting grid for a race that will see the French champion Jean-Eric Vergne seeking to gain another victory.