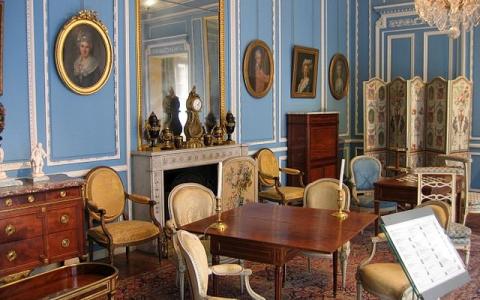 The Elegant Salons of Louis XIV's Era at the Musée Carnavalet

The Musée Carnavalet is a Parisian museum situated in the Marais neighborhood offering a very unique collection to visitors. The museum is dedicated to the history of Paris, showcasing Paris-themed temporary exhibits as well as permanent displays. With the reopening of its elegant "La Rivière" salons, the Musée Carnavalet now has even more to offer.

Closed since 2005, the salons reveal the architecture and design styles that were popular in the mid-17th century. It was the Abbey La Rivière who commissioned architect François Le Vau and painter Charles Le Brun — the first painter of King Louis XIV — to create the decors showcased in the La Rivière salons.

Fans of art history will be interested to learn that this was one of Charles Le Brun's first major projects. In fact, this was the project that got both Le Brun and Le Vau noticed by Nicolas Fouquet, who later commissioned the two to work on the majestic Chateau of Vaux-le-Vicomte.

The restoration of these salons required almost 10 years, due to their complexity and lavishness. Paintings were cleaned, the ceiling and woodwork were repaired, new fabrics were added, and better lighting was installed. All of this work was completed in order to allow visitors to travel back in time to the 1600s, where aristocrats and royals enjoyed such sumptuous settings.

Guests staying at the Hôtel de la Motte Picquet can take this journey back in time during their stay in Paris. The Musée Carnavalet is located just a short metro ride away from the hotel. In addition to permanent displays like the La Rivière salons, visitors can enjoy the museum's temporary exhibits as well. For example, an exhibit called "On the Track of the First Parisians" ("Sur les traces des premiers Parisiens") is running until December 31, 2014.