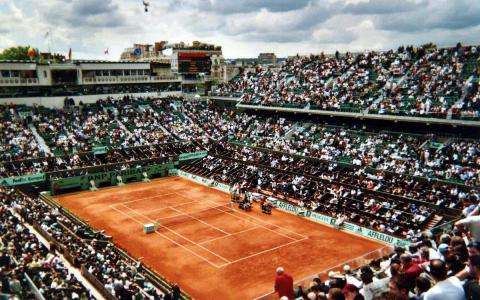 The French Open 2019 is coming

With the return of the fair weather, sporting activities are in full swing in the capital. The French Open at Roland-Garros, world-famous tennis tournament, awaits you from May 26th to June 9th, 2019. Don’t miss the only Grand Slam event played on clay. Book your room at the ideally located Hotel La Motte Picquet, from where you can get to the tournament venue easily.

Every year, the elite of world tennis can be found at the Porte d'Auteuil as they compete in the top tournament of the clay court season. Upgraded stadium facilities, a wealth of top-class matches and celebrities among the spectators; all the ingredients are there to satisfy both tennis fans and those who simply come to enjoy the atmosphere of this world class tournament.

The French Open at Roland-Garros is not just about the main championship event, however. Remember that from May 20th to 24th, 2019 you can also attend the qualifying rounds. These are contested in an atmosphere every bit as intense as the main event.

The 2018 championships were distinguished by the resounding returns of Novak Djokovic and Serena Williams and the continued clay court supremacy of Rafael Nadal. Every year the same question is on everyone's lips; when will the most successful men’s trio in the history of tennis, namely Federer, Djokovic and Nadal, pass on the torch to a new generation?

Players expected to take over from the current Musketeers are already knocking on the door. The likes of Hugo Gaston, Clara Burel and Corentin Moutet are trying to find their place on clay but is this any reason to write off veterans such as Jo-Wilfried Tsonga, who has slipped out of the Top 100? The French Open 2019 will supply the answers.