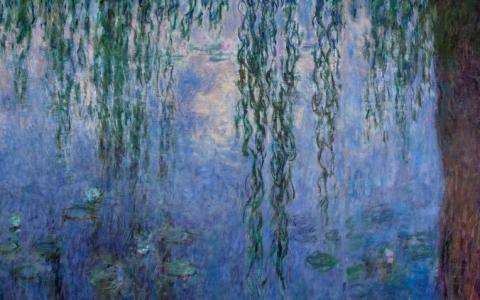 The Water Lilies. American Abstract Painting and the last Monet

Starting from April 23rd until August 20th, 2018, Musée de l’Orangerie hosts a new exhibition titled “The Water Lilies - American Abstract-Painting and the last Monet” and that gives you an opportunity to discover and rediscover the best of Monet’s works of art. If you are one of this great artist's fan and interested in knowing more about his work and about American abstract painting from the 1950’s, then you should definitely make some time to attend this exhibition.

The exhibition focuses mainly on the impact that Monet’s work has had on the American painters and also draws attention to how the American people view his work. It is presented in two sections. The first section sheds light on the fabulous masterpieces that were created by American artists who drew inspiration from Monet. You will get a chance to see paintings from artists such as Ellsworth Kelly, Philip Guston, Jackson Pollock, Mark Rothko, Morris Louis, Sam Francis, Joan Mitchel and many others who were profoundly influenced by Monet. The second section, on the other hand, gives you a chance to see some of Monet’s later works that you have probably never seen before.

The Musée de l’Orangerie is open every day from 9 a.m. to 6 p.m., except on Tuesdays. Make sure that you are there before 5:15 pm on the day you plan to attend because that is the time for last admission.